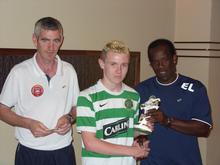 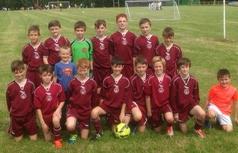 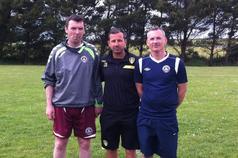 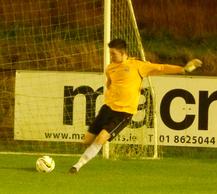 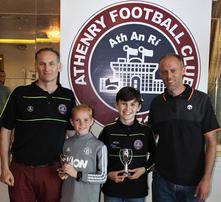 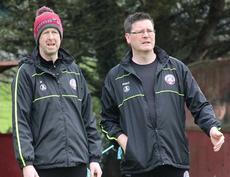 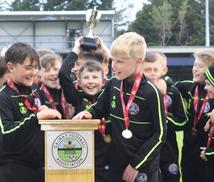 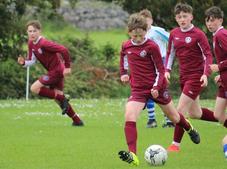 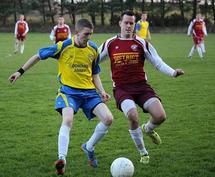 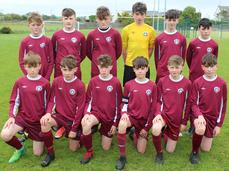 The 2018/19 season saw our Seniors finish as Runners Up in the league to Mervue Utd despite pushing them all the way. The club won 4 Juvenile titles (see below) as well as many representative players being chosen from Athenry. The season will also be remembered for our major push for the exciting joint development with Athenry Athletics Club which will see many  changes made to our Moanbaun home as funding is raised and becomes available.

The Club and Committee were delighted by the largest ever attendance of our AGM in memory. A packed house of people looking to contribute to the Club positively and drive the Club forward. There were some contentious motions put forward that served to highlight that the Club needs help from its members and also the parents of our juvenile players. It is an enormous task to run the Club, catering for huge numbers and also to drive the development on. The committee is made up of volunteers that are in the main coaching as well. We were delighted to see so many new faces at the meeting with some volunteering to go on the committee for the first time and others to join a fundraising committee. We would like to thank those parents and members of the our Junior team who have volunteered for either. This was a night the committee reached out for help in the huge task of running the club and people came forward, we are very grateful.

Points to note are that membership will remain the same for next season and that we will not be restricting entering teams subject to coach availability as would always be the case.

The Committee would like to thank everyone who attended our AGM and contributed their thoughts towards the Club. The objective of Athenry FC is to provide the best coaching, facilities and environment possible for the children to play but it needs help from everyone.
If anyone who was unable to attend the meeting and would like to be a part of any function within the club, please message us and we will try and find something that matches the time you can give to the club.

The development is a huge part of our capability to expand our creaking facilities. If you can purchase a draw ticket it will help us to reach that goal or if you are unable to do so maybe you know someone that might do so. http://www.athenryfootballclub.com/limited-members-draw.html

Thanks again to everyone and the meeting has left the committee feeling that there is a will to help out there, we just had to let people know how badly it was needed.

Athenry Football Club together with the Athenry Athletics Club launched the Moanbaun Sports Development Project. This project will see a new IAAF Standard 8 Lane 400M track, a home for Athletics in Athenry and an FAI standard full size 4G all-weather pitch. A 3D generated image has been created of our ambitious development at Moanbaun in conjunction with Athenry Senior and Juvenile Athletics. It is exciting for us to see this image, we are looking forward to making this a reality.

Lots of celebration at Athenry FC as we had our awards night with no fewer than 60 awards and acknowledgements given to players from Seniors to U11's and to volunteers at the club. Complete list for 2018/19 season was as follows-