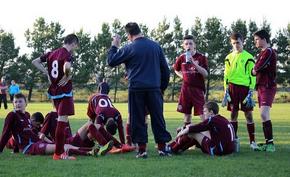 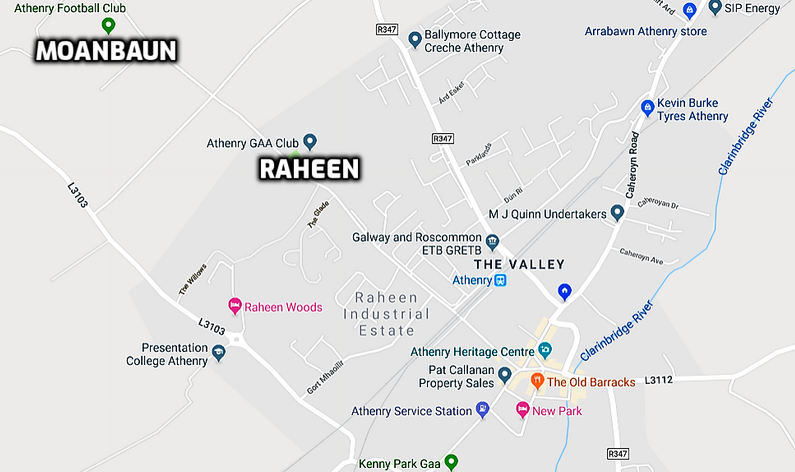 ​Athenry Football Club facilities comprises of a main Clubhouse, six dressing rooms with showering facilities, meeting rooms and storage rooms. Our pitches which are cared for by  dedicated groundsmen include three full-sized grass pitches which are located two in Moanbaun and one in Raheen behind the GAA pitch, two small grass training areas in Moanbaun and one 9 aside pitch in Raheen. We also have an All-Weather Astro turf pitch in Moanbaun, which is available for hire and can be booked by contacting one of our Club Members. Athenry FC has an open membership policy and is always open for new members to join, our rates can be found under Club Membership. We also share our ground with the local Athletics Club.

Over the last 35 years the facilities in the club have been greatly improved and developed.
The club’s first training session involved a plug-in generator going across the road to a house. The first pitch was in the Raheen area of Athenry across from the hurling pitch. The dressing room was a glorified shed! We had two pitches in Raheen in the late 70’s and early 80’s and a portable generator with lights to train under, no showers. We trained in Raheen stables for a year, jumping fences sometimes during the 5 a-sides. We then moved to Carnaun for a few years and changed on the side of the road but still had our trusty old generator. We moved back to Raheen in the 1990’s and were reduced to one pitch but had the luxury of a training pitch as well, with lights powered by proper electricity and the changing rooms had showers (heaven!). We then purchased our own pitches and our present facilities in Moanbaun & Raheen. Any visitor will be able to see we now have a good quality training facility in Athenry for the playing of football in the area. If you want to hire the facility please contact any Committee Member.

HOW TO GET TO OUR PITCHES

Athenry Football Club is situated to the north just outside of Athenry Town not far from the railway station, home matches are played at two venues. The first Moanbaun comprises of two full size pitches, two training areas, one all weather pitch and a main clubhouse. The second is in Raheen at the back pitch which is part of the GAA grounds. Both pitches can be accessed by following one of the three routes below and consulting the map below them.

Turn left from Joyces supermarket car park and go forward straight over the mini roundabout, Kenny Park GAA grounds are on your right. Follow the road to the bridge and bend to the right, then over the railway crossing and past the Raheen Woods Hotel, take the next right onto the new road and then take the next left. Go forward and on your left you will see Athenry FC. (look for the floodlights)!

In the town of Athenry with the post office on your left and the children's playground on your right go forward and bend with the road first left then sharp right, the petrol station is on your right. Take the immediate next left after the car park which is on your left. Head over the bridge with the traffic lights on the Tuam Road. Keep going forward until you come to a roundabout on the new road, take the left then the next right. Go forward and on your left will be Athenry FC.

​Turn left from Joyces supermarket car park and take a right at the mini roundabout into the town of Athenry (Kenny Park GAA pitch is on your right), forward into the town until you see Kelly's pharmacy ahead. Take a left and you will pass the church on your right and the Garda station on your left, over the railway track and go forward until you see the Moanbaun stone on your left. Raheen GAA & Football pitch is on your right. Carry on to the crossroad and take a right then a quick left to Moanbaun pitch on your left.